Congrats to our Erath High Beta Club who recently participated at the National Convention!

Erath High Extreme Dance News
A HUGE congratulations to this special group of young ladies for all of their accomplishments at camp this weekend!
The effort and work put in to this weekend, from each of these girls, was unbelievable and unmatchable. Having tryouts such a short time ago had its downfalls, but one this is certain...this group has shown their work ethic and determination like never before. We, unfortunately, did not perform a “home routine” for placement, instead, we focused on building a team of multi-skilled, unique dancers. These are the awards the team came home with today:
-Superior Trophy-qualifying the team for the 2022 National Dance Team Championship
-50 Superior Ribbons
-eam Full Out award
-pirit stick: 4 days!
- All-Americans: Claire, Emma, Avery Grace, Ella, and Ava. These girls are invited to the 2021 Macy’s Thanksgiving Day Parade.
-One Pin it Forward award: Brylee
-The “shoutout across the field” pom! This was passed on to us by Southside High School! EHS was chosen to receive this after showing exemplary leadership skills throughout camp!

John-Michael Shiner finished his 5th day of Boys State. He shared this message with us. “It was phenomenal, and I am so happy that I was allowed to attend as a senior.”

Shiner was elected the City’s Attorney, a member of the House of Representatives, elected the Nationalist Party’s Political Chairperson, and was his party’s Nationalist’s Secretary of State’s Runner-Up Candidate 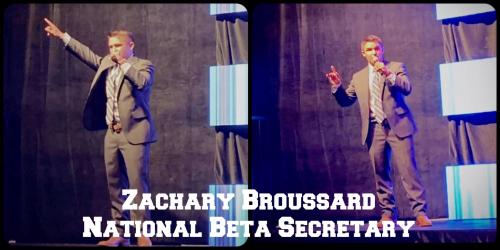 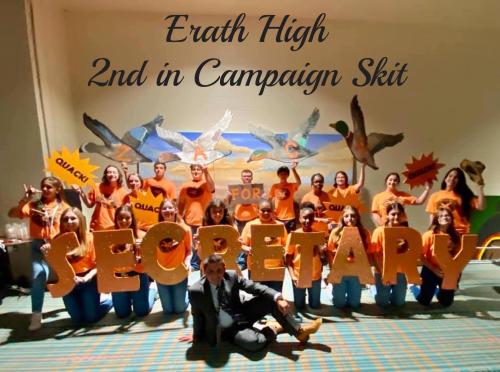