Triple "A" Status for Erath Schools

TRIPLE "A" status for Erath schools!

This year again, the three Erath schools in the 70533 zip code area all made an “A” with their State School Performance Scores.

Since the state starting assigning school performance scores, Erath High has been at the top. When scores were announced, Erath High Principal Marc Turner said, “I am extremely proud to share that Erath High School is the #1 traditional public high school in the State of Louisiana. The rankings have been released by the LA Board of Education, and we are on top for the 5th year in a row.”

To celebrate their “triple A” school status, the three-schools met on Thursday, December 6, 2018, at Robert J. Segura Stadium at Erath High to host a block party with over 1600 Erath students, teachers, leaders, staff members, and parents.

For the photo, the school leaders decided to spell “ERATH” with a focus on the “A” in the center which represented their triple “A” status for Erath. Erath Middle made the E and R, Dozier Elementary made the large red "A" and Erath High students formed the "T and H". Erath High Band Director Kenny Broussard used his drone for the photos.

After the photos were taken, treats were served to the students and they were able to enjoy their “Block Party” at Erath High school altogether! The students, teachers, and leaders all enjoyed celebrating their “A” status together. To all involved, it was agreed that “It was a great day to be a Bobcat!” 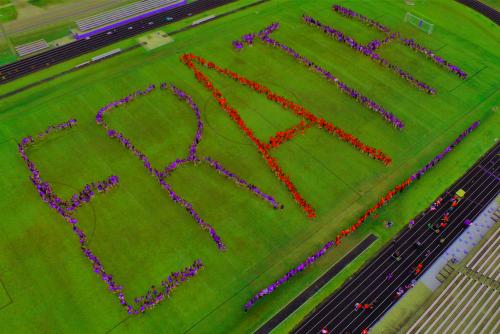 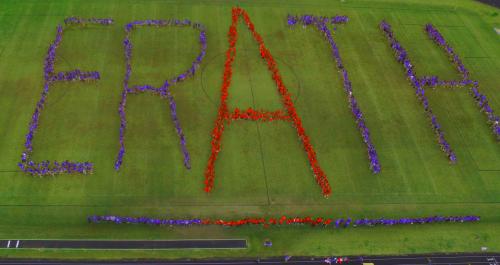