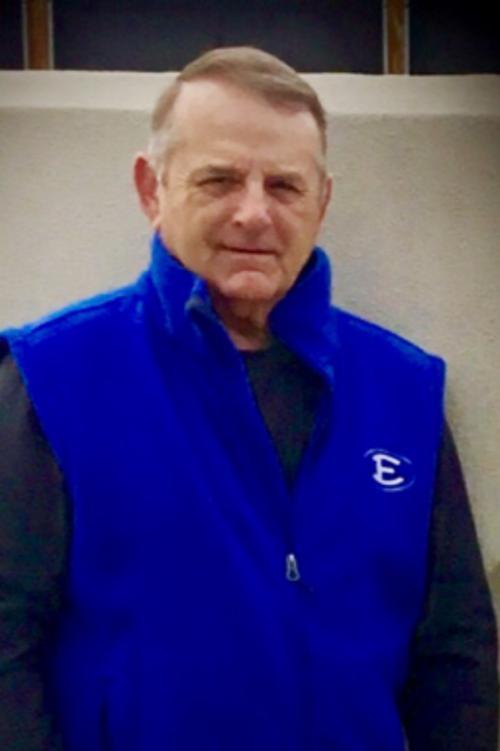 Erath High is proud to announce that Martial Broussard has been named the 2019 Erath High Homecoming Grand Marshal.

Martial Broussard without a doubt, is one of the most dedicated supporters of the Erath community and has been the past 50+ years.

He was born as the second child to David and Tessie Broussard, on January 18, 1947, He was welcomed by his older sister Gayle Broussard (Duck). Later, another sister Katherine came along on July 22, 1952.

In 1964, at just 17 years old and beginning his second month as a senior at Erath High, he was involved in a life-altering accident that not only affected the course of his life but the town’s, as well.

On October 3, 1964, Hurricane Hilda hit the gulf coast and spawned a tornado that collapsed the water tower, crushing the Erath City Hall just below it.

At that time, Funeral Home and Ambulance Service owner Dave Broussard was on hand with the Civil Defense team for Hurricane Hilda. His son Martial often assisted his dad with both the CB radio and the ambulance service. On the afternoon of October 3, 1964, the young 17 year old Martial, headed to the City Hall to assist with the CB radio at the (old) City Hall.

Martial had just arrived to help, when the water tower suddenly collapsed killing eight Erath men in the City Hall the afternoon of October 3, 1964. Broussard was the only survivor in the city hall on the town’s darkest day in history.

Broussard shared during the 50th Anniversary of the water tower fall in 2014, “that he entered the building, talked to Scotty Bernard, (who he was replacing as the CB operator), then walked back to the front, hung up his raincoat and that is when it happened.” Thinking it was a tidal wave hitting, he was pinned with thousands of gallons of water gushing over him from the town’s fallen water tower. He shared in the interview, hearing “a roar” and said,“the last thing I remember is just water and drowning.”

Miraculously, he was saved from the ordeal and since then has made a commitment to serve the Erath community. He has been involved in countless projects and events involving the schools, church, town events, and more, the past five and a half decades.

During the 2014 “In the Wake of Tragedy” documentary, he questions his survival. With his voice cracking, taking a deep breath, and with tears in his eyes, he pushes out a whisper saying, “why me?” Meaning why was did he survive, and the others didn’t. Obviously, no one can answer that question here on earth, however, one thing is certain, he took the time he was graced with by offering and serving his family and his community through the years.

After this tragic event, the 1965 senior graduated from Erath High in May 1965. Not surprisingly as a leader, he served as class president in his years at EHS.

In the fall of 1965, he moved to Natchitoches to attend Northwestern State University (NSU). While at college, on January 6, 1966, another tragedy hit the family, when his thirteen-year-old baby sister, Katherine died suddenly of an aneurysm.

Despite surviving two tragic events in 14 months, Marital went on to graduate from NSU in 1969 and returned home to Erath to raise a family.

He married the former Jeneal Waggoner and together they had three children, Katherine, David, and Teilla. He is the grandfather of Scott Backstrom, Braxton, McKaylen, and Chloe Rose Broussard. All three of his children, as well as his four grandchildren attended, or are currently attending Erath schools, just as he did a few decades ago.

In his 72 years, Martial has always been known as a hard worker and strong leader. He was a teacher in Vermilion Parish, has owned two businesses, and in his retirement years, is now driving a school bus.

In his spare time, he is still assisting with EHS sporting events, works as the Chairman of the Hall of Fame committee and is a staunch advocate for his community.

All of his adult years after returning from NSU in 1969, he has been involved in our school system and is a die-hard Erath Bobcat. His mantra is “A Bobcat now, a Bobcat then, a Bobcat FOREVER!” He says it often and proudly, but more importantly, fortunately for the town, he lives it! He lives it every single day! Erath High is proud to have Martial Broussard represent the schools and Erath Community as their 2019 Erath High Homecoming Grand Marshal! 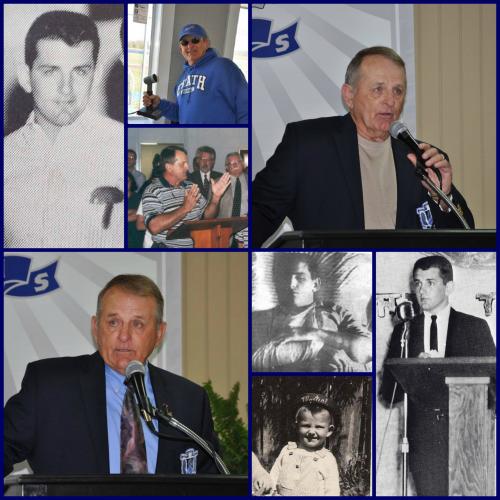