Please click below to see our Strong Start Guidelines

Student of the Year!

Erath High named Senior Austin Touchet as the 2019-2020 Student of the Year at the Homecoming Pep Rally. 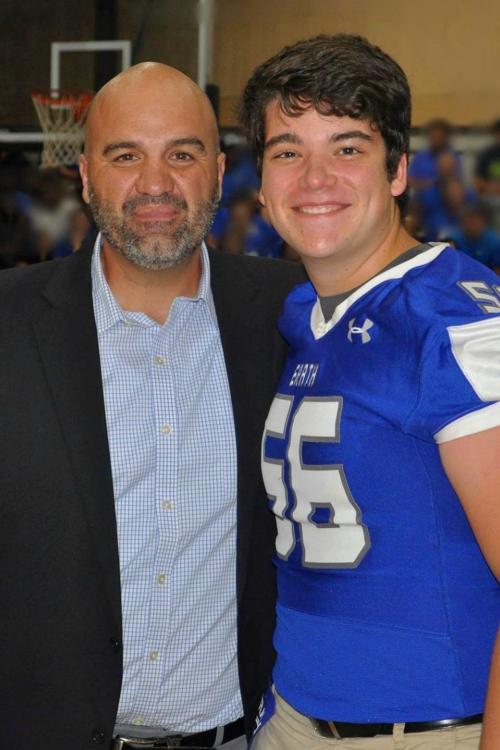 Erath High named Senior Austin Touchet as the 2019-2020 Student of the Year at the Homecoming Pep Rally.   Erath High Principal Marc Turner stated that “Austin exemplifies hard work and sets an example not only in the classroom through academics, and but also on the field as an athlete and as an active member of the organizations that he participates in.” Touchet has maintained a 4.0 GPA and made a 32 on his ACT.  He serves the senior class as Class President is a member of both the EHS Football Team and Track & Field Teams, and is actively involved in several school and community organizations including the Beta Club, Math Club, Rally Team, and National Society of High School Scholars just to name a few.   He recently received the Rotary District Leadership Award, was named to the LHSAA All-AcademicComposite Football Team, and was a national finalist representing Louisiana for the Samsung Boys State Scholarship.

Austin is the son of Theresa and Michael Touchet.  He is the grandson of Gerald and Sue Touchet, Sandra Broussard, and Bill Comeaux. He will now move on to compete at the parish level for Vermilion Parish Student of the Year.