Erath’s own Football Powerhouse Elijah Mitchell has been selected as the Erath High School 2021 Homecoming Grand Marshal. He will lead the 2021 Erath High Homecoming parade at 12:30 on October 15, 2021.

Mitchell grew up in Erath, Louisiana, and is a 2017 Erath High School graduate. Elijah and Fiancée, Jasmine have two sons, Emerson Reid and Elliott Ryan. He is the son of Milton and Penny Mitchell. Elijah has four brothers, Jeremiah, Davonte Augustus, Claude Augustus, and Marquis Augustus.

He played football all four years at Erath High and his talent, drive to work hard, and grit were all evident from the start.

As a senior, he only played in eight games due to injury but still rushed for 1,903 yards and 28 touchdowns. In three seasons as Erath's starting running back, Mitchell rushed for 4,045 yards and 50 touchdowns on 457 carries.

Elijah is the first ever Erath native to make it to the Pro level in football. Erath High Principal Marc Turner shared on Facebook, "Elijah, we are thrilled to have you as our 2021 Erath High School Homecoming Grand Marshal knowing that you show exemplary BOBCAT PRIDE. Congratulations Elijah!” 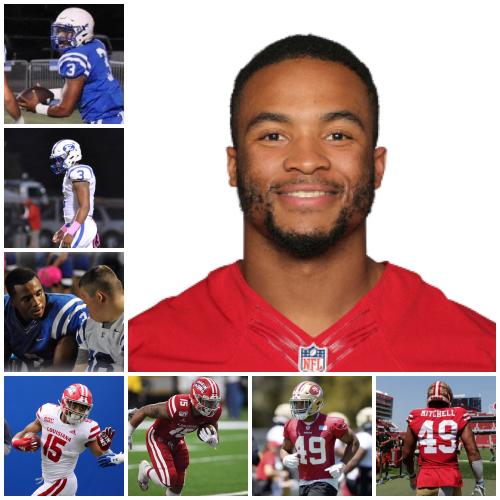